Defence Minister A.K. Antony on Tuesday set 2015 as the deadline for Hindustan Aeronautics Ltd. to deliver the intermediate jet trainer (IJT) to the Air Force. “Please speed up your processes. Please get the IJT ready by next Aero India,” he said, inaugurating the ninth Aero India seminar here.

(According to HAL Chairman R.K. Tyagi, the IJT is being readied for initial operational certification in 2013-14.)

The LCA, 25 years in the making, is yet to receive its final operational clearance, though a limited series batch is being produced. The Defence Research and Development Organisation (DRDO) is a partner in the LCA and other military programmes.

Not happy with delay

Mr. Antony noted that the DRDO, which earlier received only brickbats, now got some bouquets, including some Padma awards for its scientists this year. “It’s a mixed bag. We are proud, but I am not fully happy, the Tejas delay is not a happy thing,” he said. However, he was happy on another count. “I’m happier than last year,” he said, pointing at the 100-odd engineering students seated. “All students are inside [the auditorium]” and he was not worried any more about the future of the country.

To industry, he cautioned, “Don’t expect the country’s main manufacturing strengths — cheap labour and cheap natural resources — to last forever, especially low wages. Give the working class its due.” The private sector was miserly in investing in R&D and could well chip in some more “if you want to keep up the momentum of growth,” Mr. Antony said. 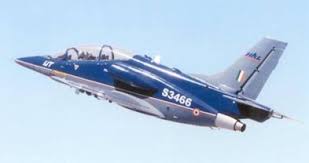 Posted on February 6, 2013, in Uncategorized. Bookmark the permalink. Leave a comment.