It is not just the cockpits, even the corner offices of airline companies in India are occupied by expatriates. Four out of India’s six airlines have expat Chief Executive Officers (CEOs).

Jet Airways group, comprising Jet Airways and JetLite, has Nikos Kardassis as its CEO. He replaced Wolfgang Prock-Schauer, another expat who was with the airline for six years.

Neil Raymond Mills, the CEO of SpiceJet, is an expat, and was hired from Flydubai in 2010 when Kalanithi Maran acquired the budget airline. Go Air, the Wadia Group budget airline, has expat CEO Giorgio De Roni, who was earlier with Air One. Before Mr. Roni stepped up, another expat Edgardo Badiali was GoAir’s CEO.

Even Indian-born Sanjay Aggarwal, the CEO of grounded Kingfisher Airlines, is a U.S. national. He was handpicked by American investor Wilbur L. Ross Jr. when he invested in SpiceJet. Mr. Aggarwal, earlier with American private jet service provider Flight Options and U.S. Airways, is credited with turning around SpiceJet .

IndiGo had expat CEO Bruce Ashby for three years before Aditya Ghosh took over. Though Mr. Ghosh is efficiently managing the rapidly growing airline, its success is being flawlessly scripted far away in America by its co-founder and India-born U.S. citizen Rakesh Gangwal, who was the CEO and Chairman of U.S. Airways Group before starting IndiGo with InterGlobe’s Rahul Bhatia.

So why are expats the preferred choice to run airlines? “Hiring expats is all about expertise. Expat CEOs bring structured and proven experience to Indian carriers, especially in areas of finance and strategic planning, which is not available in India,” said Kapil Kaul, CEO, South Asia, Centre for Asia Pacific Aviation (CAPA).

“Nikos was instrumental in building Jet Airways in the early 90s and Bruce Ashby successfully delivered to IndiGo an excellent strategic framework with strong fundamentals which Aditya is taking to the next level. Under Neil, Spicejet is focussed on developing a business model with long-term prospects,” Mr. Kaul said.

However, he said promoter support was critical to the success of expat CEOs but usually not available to the level required. “Overall, the governance model at Indian carriers needs to be more professional-driven. However, I am confident that we could see more Indian CEOs running Indian carriers in the near-term,” he added.

Air India too nearly threw its cards into the game and had hired expat Gustav Baldauf as COO —as part of its turnaround plan. It didn’t work out, however, mainly due to political interference.

Kingfisher as well, when it started, had expat Nigel Harwood as its CEO before Vijay Mallya took over.

Amber Dubey, Partner and Head-Aviation at KPMG, said airline managements in India required deep knowledge of profit maximisation strategies, network planning, global competition, regulations, aircraft procurement, maintenance contracts, financial risk management and stakeholder negotiations, and in this scheme of things, the expats fit in perfectly. “While an airline would have in-house experts or external advisers, the CEO still needs to have a broad understanding and a hands-on experience regarding these,” Mr. Dubey said.

“Indian aviation is in its nascent stage, and, hence, the talent pool is a bit constrained. Four out of five Indian carriers now fly international, which has its own challenges. Plus there are no educational institutes that teach airline management in a comprehensive fashion. All these have led to the dependence on expat CEOs, who bring in proven knowledge, experience, leadership skills, global contacts and a lot of credibility,” he added.

Mr. Dubey said that at present the senior management of Indian carriers comprised some smart Indians who could be ready for leadership positions in the next 3-5 years. This select group of Indians was in key positions and fast learning the intricacies of this complex business to lord over Indian skies. 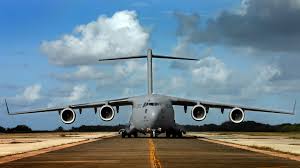