When Indian Forces defeated chineese aggressors in a bloody skirmish

While in Sikkim in September 1965, the 7/11 GR (Gorkha Rifles) was put on alert as a result of a Chinese ultimatum to withdraw from certain positions which they claimed to be there own. Along with a battalion from the Grenadiers and the 10 J&K (Jammu & Kashmir) Rifles a defensive position was established 4720 meters above sea level. For two years nothing happened and then suddenly on 11 September 1967, the Grenadier’s position around Nathu La came under fire. To forestall any infiltration towards Gangatok, the 7/11 GR occupied battle locations around Manla the next day. The situation firing subsided and the battalion was shortly moved to Karponang, being replaced by the 10 J&K Rifles.

In order to enable the J&K Rifles to observe their raising day on October 1st, two companies of the 7/11 GR was ordered to relieve 2 companies from the 10 J&K Rifles. Accordingly C (2/Lt. M.S. Samuel) and D (Lt. R.S. Rathore) Companies along with their signals, mortar, RCL and MMG detachments moved to provide temporary relief on September 28th. C Coy (less two platoons) and the signal detachment was to be based at Twin Huts, south west of Chola. Two other platoons, along with the MMG detachment were to relieve the 10 J&K Rifles at Point 15181 and the RCL was to be at Chola. D Coy (less two platoons) were to be located at Point 15450 (to the west of Chola). On platoon was to be located at Rai Gap (east of Point 15450) and the fourth platoon was in the rear at Tamze along with the mortar section.

A day earlier, there had been a minor scuffle between the Sikh sentries of the 10 J&K Rifles and their Chinese counterparts on a flat patch of icy land of about 5 meters on the unmarked boundary. It had a boulder about 30 cm in height in the center of the narrow crest which marked the dividing line, according to the waterseed principle. Three Indians and an equal number of Chinese sentries were positioned on either side of the boulder, 2 metres from each other. During the fisticuffs, a Chinese sentry was roughed up and he lost a tunic button. The Chinese were thus smarting under a temporary reverse. This fact came to Major K.B. Joshi (Battalion CO 7/11 GR) much later. Having reached Twin huts by September 30, the two companies occupied forward positions by October 1. Major Joshi informed Lt. Rathore that he was on his way to Point 15450 and would be there by 0930 hours on October 1.

Major Joshi reached Rai Gap on the way to D Coy positions by 0915 hours. The sentry post at Pt. 15450 was visible from there. Just then he observed that the post was being surrounded by a section strength of Chinese troops. A second section was seen circumventing the D Coy platoon position along the northern cliff in a single file. Major Joshi at once informed Lt. Rathore of what he had seen. The later informed Major Joshi that the Chinese Coy Cdr. and the political commissar were staking claims to the boulder at the sentry post. Naib Subedar Gyan Bahadur Limbu was having a heated argument with his counterpart at the sentry post during which he rested his right foot on the boulder under dispute. The Chinese kicked his foot away. Gyan put his foot back and challenged them. Events were moving quickly.

By this time the Chinese had taken up position, presumably because their commander had already taken a decision to escalate the incident. And one of the Chinese sentries bayoneted Gyan wounding him in the arm. The Gorkha’s response was swift. Both arms of the Chinese who hit the JCO were chopped off with a Khukri. At this point the Chinese opened fire and the two sides engaged in a firefight at close range. Lance Naik Krishna Bahadur, the Post Cdr., then led a charge against the Chinese in the vicinity who were forming up for an assault. Although hit & incapacitated, he continued to harangue his men forward. Rifleman Devi Prasad Limbu directly behind his Post Cdr. was already engaged in a close quarter battle with the enemy and his Khukri took off five Chinese heads.

Rifleman Limbu was soon claimed by a direct hit. For his action he was awarded a Vir Chakra, Posthumous. Lance Naik Krishna Bahadur’s body was later returned by the Chinese with full military honours. The Chinese Officer who accompanied the remains to the Indian Army, praised the performance of the Indian troops, stating that “they fought like tigers.” Meanwhile at Pt. 1540 Lt. Rathore was wounded in his left arm as soon as the firing started. He nevertheless continued to lead until he was hit in the chest and abdomen and died immediately thereafter. The mobile fire controller (MFC) at Chole was eating when the fighting started and he was hit in the right leg and incapacitated. Major Joshi took over immediately and accurate mortar fire on Chinese positions around Point 15450 and Chola. This put an end to further activity in this area. The Indian mortar barrage lasted until 1015 hrs. While engaged in directing his mortars Major Joshi saw a Chinese soldier trying to circumvent the cliff face under Pt. 15450. He immediately took his escort’s rifle and brought him down.

While Point 15450 was temporarily quiet, Tamze and the Rai Gap area came under rocket and RCL fire at around 1050 hours. The mortar position at Tamze came under heavy pressure as it threatened the rear of the Chinese positions. In the Rai Gap area a forward section post held by the J&K Rifles suffered heavy casualties when one of their bunkers received a direct hit by RCL fire. This post had not yet been taken up the troops from 7/11 Gorkha Rifles. Repeated Chinese attempts to overrun the post were broken up with effective MMG fire from Point 15180. Meanwhile Chinese HMGs were pouring accurate fire on the Chola and Twin Huts’ position. Major Joshi’s escort was killed and a handful of Chinese soldiers tried to move towards Major Joshi’s party. These troops withdrew after Major Joshi himself shot two. The fighting, however, continued.

An offending Chinese 57mm RCL in the Rai Gap area was silenced by Major Joshi’s mortars. The RCL detachment Cdr. at Chola found an enemy HMG position bringing down accurate fire on our posts at Point 15450. After keenly observing the position, he silenced it with the first shot. The Chinese immediately retaliated by bringing down fire on Timjong’s position. Undaunted, even though alone, he continued to fire until all is ammunition was exhausted. He was awarded the Vir Chakra. By 1130 hours troops were withdrawn back from Pt. 15450 under covering fire from MMGs on Pt. 15180. Almost simultaneously the Chinese fired green lights, ostensibly for a ceasefire. However, Pt. 15180 noticed some enemy troops lined up just below the crest at Rai Gap and engaged them, forcing them to scatter. It was around this time that Major Joshi shot his fourth enemy soldier trying to sneak past the Indian lines. The fighting continued until 1600 hours when the whole battle zone was enveloped by a thick fog.

Under cover of this fog Major Joshi moved towards the Twin Huts. When the fighting started, Major Nair, the 2-in-C of the J&K Rifles and Cdr. of the Chola area, had informed his brigade about the developments. Brigadier Kundan Singh who was then also Officiating GOC moved up and ordered the rest of 7/11 Gorkha Rifles to Tamze. Their being no news from Major Joshi it was assumed that he was either killed or had been taken prisoner. There was much relief when he reached Twin Huts at 1700 hours. Here he gave a first hand account of the fighting and he drew up plans to use the 7/11 GR to recapture Pt 15450. While it was proposed that artillery would be used to support the attempts at recapturing the Pt. 15450, none was available in time. So infantry assault would have to be used.

The route for the counter-attack lay through the “black rocks” area, just south west of Pt. 15450. Since this route was unknown to the battalion, it was provided with a guide. Unfortunately the guide got lost and Captain Parulekar and B Coy fumbled on the black rocks. Soon the Chinese heard the commotion and fired magnesium flares to see what was happening. While they failed to engage B Coy, further movement by Parulekar was risky. Just then (0640 hours on October 2nd) Major Joshi decided to send Parulekar with a platoon to outflank the enemy from a north westerly direction, while the rest of the company and supporting mortars were readied for a frontal assault. Seeing that they were clearly outmanoeuvred the Chinese conceded Pt. 15450 without firing a single shot. By 0815 hours, Major Joshi had retaken Pt. 15450 and the boulder that started it all. 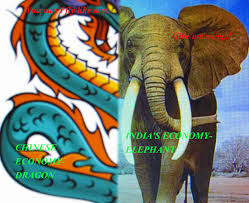 Posted on February 2, 2013, in Uncategorized. Bookmark the permalink. Leave a comment.