India will retaliate massively even if Pakistan uses tactical nuclear weapons against it. With Pakistan developing “tactical” nuclear warheads, that is, miniaturizing its weapons to be carried on short-range missiles, India will protect its security interests by retaliating to a “smaller” tactical attack in exactly the same manner as it would respond to a “big” strategic attack.

Articulating Indian nuclear policy in this regard for the first time, Shyam Saran, convener of the National Security Advisory Board, said, “India will not be the first to use nuclear weapons, but if it is attacked with such weapons, it would engage in nuclear retaliation which will be massive and designed to inflict unacceptable damage on its adversary. The label on a nuclear weapon used for attacking India, strategic or tactical, is irrelevant from the Indian perspective.” This is significant, because Saran was placing on record India’s official nuclear posture with the full concurrence of the highest levels of nuclear policymakers in New Delhi.

One of the main reasons for Pakistan miniaturizing its nukes is actually to keep its weapons from being confiscated or neutralized by the US, a fear that has grown in the Pakistani establishment in the wake of the operation against Osama bin Laden. “Pakistan has, nevertheless, projected its nuclear deterrent as solely targeted at India and its strategic doctrine mimics the binary nuclear equation between the US and the Soviet Union which prevailed during the Cold War,” Saran said. 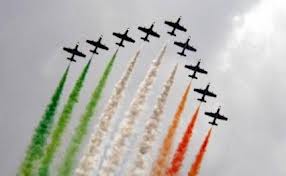 I am a Software Development Engineer and I am interested in Artificial Intelligence, Robotics, Neural Networks, Weapons Technology etc. I follow day to day geopolitical events and technological advancements very closely and enthusiastic about expressing my opinions on them. In future I wish to establish my own company. Young that I am, I am slowly learning and pacing towards fulfilling that goal. I also own the blog :- "www.combatgears.wordpress.com" which is popular in North America, Europe, India, Australia and Far East countries. I plan to expand this blog into full fledged defence journal in recent future. Me and my team constantly strive to produce quality and informative contents for our site at the same time present it in an interesting manner.
View all posts by combatgears »

Posted on April 30, 2013, in Geo-Politics. Bookmark the permalink. Leave a comment.